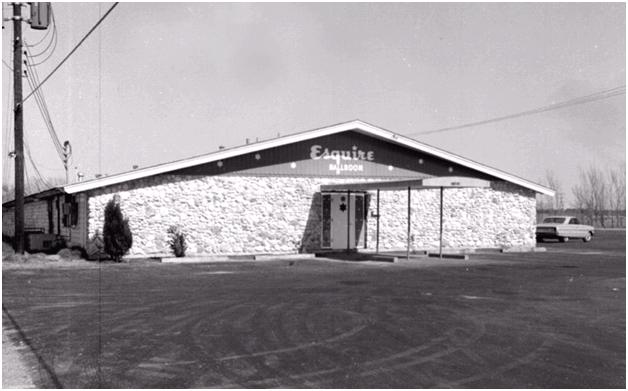 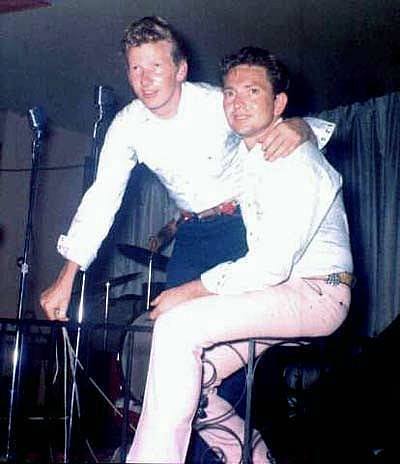 The Esquire Ballroom in Houston in the 1950s.

The once thriving ballroom and concert venue known as the Esquire Ballroom is now Neon Boots Dancehall and Saloon. Built in 1955 by Raymond Proske, the Esquire Ballroom was home to many well-known acts of the 50s, 60s and 70s. Most notable is Willie Nelson, where he was offered a job by house performer Larry Butler after Nelson asked him to listen to a few songs he had wrote including one called “Crazy.” Nelson, desperate for money offered the songs for $10 each. Butler knowing that these songs were “too good” instead offered Nelson a $50 loan and job performing with his band. One night during his commute from Pasadena to The Esquire Ballroom, Nelson wrote the song “Night Life” about working at the bar.

Another well-known and historic performer was Patsy Cline. In fact, the Broadway musical “Always…Patsy Cline” takes part in the historical bar when she had a chance encounter with a fan and it chronicles her evening with the fan when Cline fears she may not be able to fill the ballroom with a large crowd. Many other famous acts performed at the club including, George Jones, Charlie Pride, Jim Reeves and many more. Neon Boots has set aside a separate bar dedicated to this history called the “Esquire Room” where you can see all the names and memorabilia of the historic artists that performed at the venue.

Since the Esquire Ballroom closed in 1995, it has been several other ventures and bars that have come and gone. The new owners of Neon Boots have completely restored and remodeled the building and upgraded its features to an amazing country and western style. The new Neon Boots Dancehall and Saloon features a huge dance floor, performance stage, 10 full bar stations, bottle service, expansive newly built outdoor spacious area with deck and patio and outside covered patio bar, sound system and more. Every Thursday and Saturday draws a crown for Free Country & Western Dance Lessons for anyone to join in. Neon Boots has transformed this historic venue to be welcoming and fun for everyone.

Always…Patsy Cline was produced by Ted Swindley in 1988. The story was taken and expanded from a section of the Cline biography, “Honky Tonk Angel.” It chronicled the real-life story of her encounter in 1961 with Louise Seger, a fan and Mississippi native who arrived early at The Esquire Ballroom for Cline’s performance. In a chance encounter before the show, the two met and formed a lasting friendship. In the musical, Cline expresses her worry to Seger over the attendance that night, and Seger tells her she’ll have no problem filling the hall. She later persuades Cline to spend the night at her house rather than a hotel. They stay up all night talking, and do a radio spot in the morning.